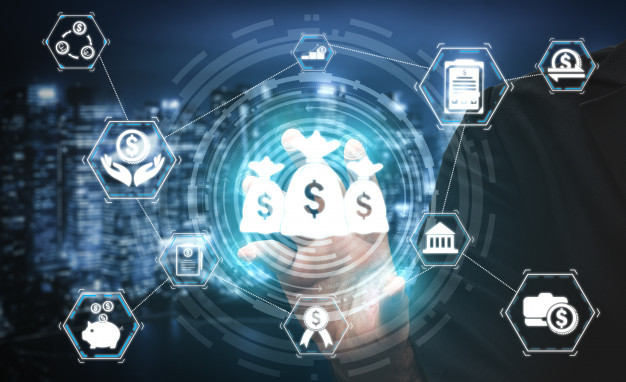 At the moment, Hong Kong is among the top 10 fintech hubs in the world. It represents a fertile ground for Fintech startups due to its investment in education, adequate infrastructure, favourable geographical position, and progressive thinking. In fact, statistics indicate that the consumer fintech adoption rate reached more than 65%.

What likely makes us place such great confidence in the city’s plans is the fact that changes are being implemented on the University level. Namely, 6 Hong Kong universities rolled out new fintech bachelor programs and Hong Kong Monetary Authority (HKMA) launched the Fintech Career Accelerator Scheme which includes 4 internship programs. This means that we can expect from a new generation of professionals who are entering the job market to possess the knowledge and skills necessary to facilitate further fintech development.

So, are there any fruits of these labours to taste? Certainly! Some of the most prominent Hong Kong fintech solutions revolve around:

Established more than a decade ago, the buzzword has experienced a continued increase in popularity on a global scale due to the numerous benefits mentioned in relation to the crypto world - and Hong Kong is no exception. In 2017, a new Asia-Pacific blockchain lab was established in the city intended to aid clients in the adoption of these technologies.

Mostly, all eyes have been on international trade since Charles Li, the Chief Executive of Hong Kong Exchanges and Clearing Limited (HKEX), announced that they are partnering with Digital Asset to work on a blockchain-powered platform intended to reduce settlement risk and accelerate the post-trade process. The prototype attempted to bridge the gap between different time zones and deliver results that will enable real-time synchronization of post-trade status between different professionals involved in the international trade process.

As predicted by Mr Li, this step marked the new beginning for international trade. What followed was the launch of the first large-scale multi-bank project, eTradeConnect. It represents a platform designed to digitise trade documents and automatise processes, thus refining trade efficiency and minimising risks.

In recent years, a much greater focus has been placed on the development and improvement of sophisticated systems which will be capable of preventing or, at least, minimising the risk of breaches and cyber-attacks. Unfortunately, even though fintech brings about great advantages, it also places users at a greater risk of hacking, loss or theft of personal data, and intrusion in general.

One of the proposed solutions involves the use of 2-factor authentication (2FA). On the other hand, we have biometric authentication which has, so far, successfully reduced the number of data breaches. What is more, it has proven quite practical when compared to traditional authentication methods which required users to memorise their credentials.

But when we talk about cybersecurity, we cannot help but turn to blockchain to provide aid on this subject, as well. Due to the system’s specific nature, users enjoy greater security than with traditional transaction processes. If you want to know more about the blockchain infrastructure, you can read about it here.

In our previous blog post, we discussed in greater detail the appearance of virtual banks, an online-only platform that offers all retail banking services. At this moment, they represent one of the most widely-commented Hong Kong fintech solutions as they provide both personal and business users with countless benefits they have been asking for for years (eg. faster and easier payments, better financial overview, low operating costs).

Currently, the focus is placed on the digitalisation of the traditional financial sector, a move primarily intended to respond to the public’s demands.

And no, traditional banks have not missed out on the opportunity to respond by incorporating technologies that will allow them to remain competitive on a new market that favours fintech. In 2018, a Faster Payment System was established to connect traditional banks with electronic payment and digital wallet operators. As a result, they have answered the needs of modern users who prefer to conduct their transactions and complete banking processes via their phones. The state of the facts is that our smartphones are slowly but surely becoming a more workable substitute for physical wallets.

But as we wait for the new advancements in the field of cybersecurity that will guarantee our safety when we are conducting our virtual payments, alternative payment methods are being tested as well.

One of the most recent ideas provided by the HKMA was establishing the Common QR Code Standard for Retail Payments. It was rolled out with an associated mobile app designed to convert QR codes from different payment providers into one, combined QR code. This was presented as a viable solution for peer-to-peer transactions, as well as both small and large retail transactions.

The question of security is posed in relation to insurance, as well. For this reason, some recent efforts were directed towards providing insurance-related products that would be simpler in structure and would provide higher levels of security for its users.

Why do we mention insurance as a part of the fintech subject? Because not so long ago, a working group called the “Embracing Fintech in Hong Kong” has been organised to promote the implementation of fintech in the insurance industry. Since the establishment, the group comprised of insurance experts and stakeholders regularly meets to exchange ideas regarding the potential improvements.

With Hong Kong receiving the title of the 2019’s 4th most innovative economy in Asia, we are eager to see which new products will emerge from the city’s emphasis on innovation and development in the fintech sector. Market research indicates that users are interested to test the advantages of new technologies and see for themselves to what extent they are going to ease their financial operations and make them more secure. We are confident that the fintech movement will not stop here but will only continue to move forward and deliver practical solutions.